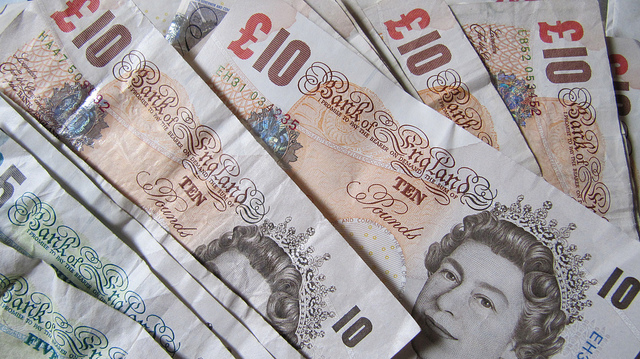 Many governments now contract for-profit companies to provide public healthcare services. In this month’s blogpost, Dr Volkan Yilmaz sets out five areas of tension between the profit motives of these providers and the public welfare mission of government services.

Publicly funded healthcare systems today increasingly rely on private sector providers. The New Public Management (NPM) approach underpins this common practice. Drawing on a critique of the alleged inefficiency of public sector providers, NPM not only calls for the broader use of private sector management techniques in public sector institutions but also supports higher levels of private sector involvement in previously public-sector-dominated services. This idea has paved the way to the much popularised ‘purchaser-provider split’ in healthcare systems.

The purchaser-provider split, in theory, combines the best of the public and private sectors. In this configuration, the former would still shoulder the financial burden of service provision and ensure the universal access to these services. The latter, however, would take over the role of service provision and carry out this task more efficiently and in a more responsive and timely manner to patients.

A purchaser-provider split that keeps the dominant financing role of the public sector intact would create an ‘internal healthcare market’, or a ‘mixed economy of healthcare’. The idea is that this would serve public welfare by offering patients freedom of choice and ensuring provider accountability, and allowing the co-existence of profit-seeking and public welfare goals.

Nevertheless, this is misleading. The internal healthcare market is not a magic bullet that can resolve the tension between profit-seeking and public welfare goals. On the contrary, it signifies a subtle and disguised version of this tension. If left unregulated, the internal market might sideline the public welfare goals by pushing the system towards privatisation, as Cabiedes and Guillen argued. Acknowledging this potential threat, many countries have introduced regulatory mechanisms to harmonise profit-seeking and public welfare goals. As Alan Maynard suggested, “creating an internal market has meant regulating its operation with increasing expense”.

The public sector’s regulatory attempts and private-sector strategies to make profits together resemble an unending chess game, the result of which varies across time and context. Evidence from the UK –as the pioneering country case in internal health care markets- indicates four problem areas exemplify this dyadic relationship: legal controversies, increased bureaucracy, fragmented services, and ‘cherry-picking’.

First, the internal healthcare market has significantly changed the legal framework in some countries within which public health care systems work. Once private providers are incorporated into public systems, contracts between private and public sector actors are subjected to the private law of contracts. This may significantly limit the delivery choices of public decision makers, and exacerbate expensive litigation risks: a number of private companies have sued the English NHS based on alleged flaws in the procurement processes. These legal cases imply public sector goals are secondary to market rules.

Second, despite the promises of less ‘government bureaucracy’, the internal healthcare market has in fact increased the paperwork in healthcare provision. Doctors in the UK argue that the administrative burden of commissioning and tendering processes their time and energy from medical practice, and the governing Conservative Party acknowledged last year that the NHS internal market “fails to act in the interests of patients and creates costly bureaucracy”.

Third, the increased competition between providers has led to the fragmentation of delivery and undermined cooperation among medical professionals and different pillars of healthcare provision. It is revealing of this failure that countries such as the UK have started to take steps to reverse the fragmentation that the internal healthcare market engendered.

Fourth, there is a constant tension between governments’ provider reimbursement regulations and private provider strategies to increase their profit margins. For example, Andrew Street and colleagues’ article demonstrates that despite comparable provider reimbursement packages, the NHS hospitals tend to treat patients with more complex health needs than those treated in private treatment centres, suggesting ‘cherry-picking’ or ‘cream-skimming’ strategies.

In addition to the above, my previous research findings on the birth of the internal market in Turkey and my ongoing research on the functioning of the Turkish internal market point to a fifth problem area: worsening of patient financial protection. With the 2003 large-scale healthcare reform, Turkey incorporated private sector providers into its public health system that has allowed patients to use private services by topping up their public health insurance. Although there is a legal cap on the maximum amount of co-payments that private providers are allowed to charge and some services such as emergency services are exempt from co-payments, my research indicates that private provider compliance is not straightforward and patients are sometimes overcharged or obliged to make informal co-payments. In an attempt to ensure provider compliance, the government runs a citizen complaint hotline and imposes fines on non-compliant providers.

For the opponents of the internal healthcare market, problem areas like this show us why the internal market is wasteful, inequitable and prone to abuses. For the proponents, however, these are exactly the areas where there is room for improvement: better regulation will yield better results. Regardless of one’s position in this debate, it seems key that public sector values in healthcare are not side-lined by other, incompatible motivations. Indeed, such incompatibility will have a continuing impact on the future changes in publicly funded healthcare systems.

The research described in this blog has been funded by the Newton Advanced Fellowship of the British Academy.